THE PIRATE CAPTAIN,
THE CHRONICLES OF A LEGEND
“CURSED BLESSINGS” 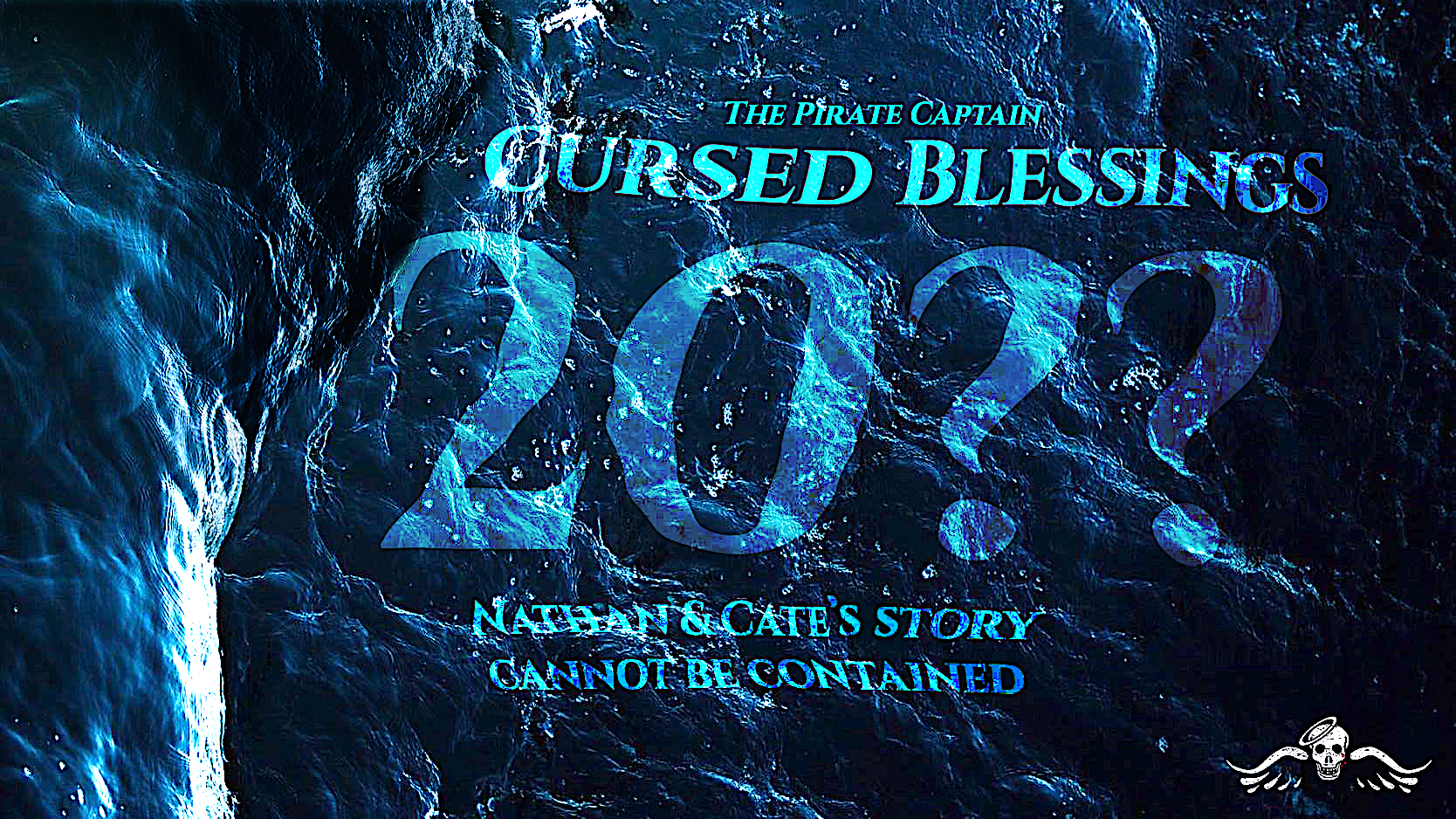 An excerpt from Cursed Blessings,
the continuation of The Pirate Captain,
The Chronicles of a Legend…

Stepping aft, Nathan checked the traversing board and then glanced to the sky, sails and seas.
Moving a step, he clapped a hand around a backstay and bent his head.

Straightening, he asked of the helm “How goes it?”

“The barky’s a mite skittish, sir. She’s tendin’ to gripe with all this sail.”

“Aye, well, let’s allow the Watch their rest for at least another glass.”

Nothing to be gained in calling all hands then just for a sail change. “By the looks o’ things, I feel a change coming.”

The glass said as much, too. How much and in what direction was the only question?

She was, indeed, too heavy by-the-head, and too encumbered by a top-hamper and sail. She was skittish, wallowing like a bloated whale on every swell.

Nathan clapped a hand about the stay once more. Bide w’ me for just a bit more. Just bide w’ me.

It wasn’t just the stowing and the sails; she was crank about something else, something of which…
a state-of-events to which there wasn’t a bloody damned thing to be done. He was encumbered, clapped in irons, caught by the lee, and she knew it! Nothing more trying on one’s nerves than dealing with a contrary woman. The odds were better of winning an argument with the Rock of Gibraltar.

The Morganse took a hard-lee lurch and from the waist came a pained cry. Cursing and men moving confirmed its origins.

Broadstreet intercepted Nathan as he made to return to the quarterdeck. “Mr. Chips’ compliments and duty, sir,” he said, rapping his forehead. “He awaits yer leisure in yer cabin, if ye please.”

“About bloody time,” Nathan grumbled, brushing past. He felt more than saw the wry looks in his wake. The bloody hell with them all!

The carpenter stood by the mizzen wearing a look of mild curiosity. Not missing a stride, Nathan hooked him by the arm and ushered him toward the sleeping quarters. Shoving aside the curtain, he rigidly pointed at the point. “I want it gone, every screw, every plank, scuff in the wood… everything, as if it had never been changed.”

Chips’ eyes rounded, the craftsman in him already deep in imagining the task and its magnitude. “But, I’ll have to—”

“I don’t care what the bloody hell it takes. You managed to do all this. Now, I assume you can undo it! If not, say the word, and I’ll find someone what can!”

Nathan paused to give the room a final glance, in mortal fear of spotting that incremental crumb, that lingering shred of her which might remain.

He resolutely refused to even call her name to mind. Nameless she was, and nameless she would be kept, for if she was nameless, then she was non-existent. The washstand and mirror were gone, the latter skimmed out the window like he was playing ducks-n’-drakes.

CURSED BLESSINGS
TO BE RELEASED SOON…

OTHER BOOKS IN THIS SERIES: