The Pirate Captain Chronicles of a Legend’s book series; Top 100 Bestsellers, Amazon US &UK, Kindle Historical Caribbean Fiction. From Nathanael J. E. Blackthorne, Pirate Captain of the Ciara Morganse; During the year of 1753, I was sailing the West Indies, minding the oars in me own ship, pursuing me purpose in life, to disrupt the unholy alliance of two corrupt men and destroy their lives as they destroyed mine. I mistakenly kidnapped Catherine Mackenzie – wrong person, easy mistake, you understand – and me life went arsey…turvey.  Having lost hearth and heart to the Jacobite War, and wanted by King Georgie’s courts. Cate has lived many years destitute and alone. She desires but one thing: a place to belong. How could I deny that? Alas, if it were only that simple…It’s a story of scarred people, blinded by defenses…It’s the story of trust or rather the lack of…It’s the story of loss of faith and heart…It’s the story of a Captain’s life.  “Have you the courage to join us?”

The Pirate Captain Chronicles of a Legend,  Nor Silver
5 stars Fantastic Read                                                    Soooooooooo good. I loved this book more than I ever thought I would. When I saw it was like Outlander with pirates I thought I had to give it a go but not in my wildest dreams did I think I would have been completely enraptured with the story as I was. This exciting historical adventure had me completely engrossed, I loved the characters and their background stories and even had a giggle or two with the pirate slang but I was also almost in tears especially in the last chapter. I would say this is one of my favorite books I have read this year and I think it’s a story I will go back to again just to live in that little fantasy world with Nathan and Cate. Now on to Nor Gold because I can’t bear to wait to see what the next adventure brings.
Nor Gold, The Pirate Captain, The Chronicles of a Legend:
From UK – 5 stars, Absolute Brilliance                                         Can I give this 100 stars because 5 is nowhere near enough. It’s rare that the second book in a series is better than the first but Nor Gold completely and utterly blew the first book out of the water. I don’t even know what to say right now it was exceptional. The emotions I went through while reading this are nothing short of bordering on full-on crazy. There were times my jaw literally hit the floor with some of the twists and turns, I hated Thomas and then loved him, could have banged Cate and Nathan’s heads together on plenty more occasions and could have cried enough tears to float the Ciara Morganse. The last couple of chapters had my heart in my mouth and beating about 1000 beats a second, I’m absolutely speechless with that ending. I can’t wait until book three now and I daren’t even try to guess what might happen next because I didn’t even come close with how I thought this one would go.
Treasured Treasures, The Pirate Captain, The Chronicles of a Legend:
From US – 5 stars Wow!! Kerry Lynne has done it again!!
Lynne’s third installment of the series THE PIRATE CAPTAIN Chronicles of a Legend TREASURED TREASURES is as amazing as the first two. I can’t say enough how exciting this book is. I couldn’t put it down. The love story between Nathan and Cate is as precious as it is turbulent. One minute you want to hug them and the next bang their heads together. The descriptions of fights, islands, people, food, emotions and ships are so real you can almost believe you are in the book yourself. Again I was on the edge of my seat waiting to see what was going to happen next. What an author! Kerry brings all of your senses right into the book. I give this book along with the whole series a 10 and would do more if the scale went higher. Waiting impatiently for the next book CURSED BLESSINGS. ,  . . . 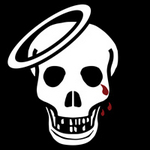